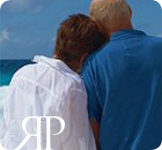 The government has stated that from 2017 pensioners will be able to sell their annuities for a lump sum. This would extend pension freedoms to those who’ve already bought a guaranteed income. But can it really work? We wonder…

When pension freedom arrived in April 2015, many people missed out. Those who had already bought a guaranteed income no longer had a pension pot with which to explore the new options. Annuity purchase has always been a one-way gate; once you’ve made your decision, there’s no going back. (This is why it’s so vital to shop around for the best annuity if you’re buying one.)

It was former pensions minsters Steve Webb who proposed that pension freedom could be extended to allow people to sell or trade in annuities to receive a lump sum instead. On the face of it this seems fair – many people bought annuities purely because they had no viable alternatives, and some will have got very poor deals by not shopping around or taking advice. But when you think about it in detail, a market in second-hand annuities starts to look very complicated – if not downright bizarre.

Why a second-hand annuity is such an odd idea

Quick recap: what exactly is an annuity? It’s an insurance product, set up to pay you a guaranteed regular income for the rest of your life. It’s simple enough, if you’re the annuity holder.

But what if you were to sell it to someone else? Then the annuity would pay the guaranteed income to that person… but still for the rest of YOUR life – not theirs. Why not theirs? Because all the terms of the annuity were set up based on your age, your state of health, your lifestyle and so on. So the person or company that buys your annuity will then receive an income based on the life of an unconnected individual (you) and will stop receiving it when you die.

The government has been very quiet on the subject of how such a market could operate. On the face of it, the options appear to be:
1. Second-hand annuity brokers – similar to the brokers for second-hand endowments.
Pros: Lots of brokers would create competition, and so improve resale prices.
Cons: A huge amount of administration would be needed, and the high cost of this would probably be passed on to the seller.
2. Buy-back by the annuity provider – this would be the simplest option, as the provider already holds the annuity holder’s data, so could just stop paying the annuity and pay a single lump sum instead.
Pros: It’s simple.
Cons: It would mean a monopoly, with the annuity holder having no choice about whom to sell to, most likely resulting in a very poor deal.
3. Selling to another annuity provider – it’s possible to imagine a scenario in which providers cooperate and share data so that any of them can buy up annuities provided by their competitors, thus reducing administration costs… but it’s headache-inducing territory.
Pros: There would be a degree of competition in the market.
Cons: Pensioners are still unlikely to get good value.

Why would it be so hard for pensioners to get good value?

Anyone who buys a second-hand annuity (let’s assume it’s a company) would do so for one reason only: the prospect of receiving more money in the long term than they pay out for it. This means that buyers of second-hand annuities would look for those owned by healthy people with a long life expectancy (so they probably insist on a medical check-up before agreeing to the purchase). Even then, they would have to offer less money than they estimate would be paid out by the annuity over the person’s lifetime.

Remember too that it’s the healthy, long-lived person who stands to benefit most from owning an annuity in the first place. So ironically, the only people likely to be offered a decent price for their annuities would be those who need them most of all (and so shouldn’t want to sell).

Another major concern is that of fraud. As we have seen with pension freedom, when pensioners acquire large sums of money they become a target for criminals. There is also the very real danger of second-hand annuities being used for money laundering. How? A scammer may offer to buy a person’s annuity (for an unfairly low price) using the proceeds of crime, and will acquire an income for life which is ‘clean’ money. Bear in mind that in many if not most cases, those selling annuities will be vulnerable individuals. The government will have to anticipate all these potential pitfalls and more.

Why people still might want to trade in their annuities

Many people may have bought annuities with very small pension pots (just a few thousand pounds), since at the time they were unable to access the money any other way. If these annuities pay only a few pounds a week, it may then seem worthwhile to get a single lump sum now, even if it’s less than the annuity would pay out over time. Another reason may be a sudden decline in health that results in a lower life expectancy, in which case it may be more attractive to receive a lump sum.

Finally, a person in dire financial circumstances may decide they need a large sum now, however poor the terms of the deal may be. Such people will be especially vulnerable to second-hand annuity scams.

At present, this is mostly speculation – we can only wait and see what the government has in store. Perhaps the used-annuity market will come to pass, but if it does, sellers and buyers alike should beware.

If you’re still deliberating over whether or not to buy an annuity, let us shop around for the best annuity rate for you by using our Annuity Calculator.