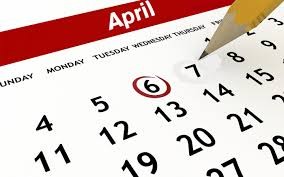 THE NEW STATE PENSION
The new ‘single-tier’ state pension starts today which means anyone who reaches pension age from April 6th will get the full flat rate payout of £155.65 per week. This will only apply if you have paid at least 35 years of National Insurance contributions. If you have paid National Insurance contributions for between 10 and 35 years, you will get less than this and will depend on how much National Insurance you have paid.
This includes anyone who has been contracted out at any point. (From the 6th April, individuals will no longer be able to contract out of the Additional State Pension)
Visit the Gov.uk website for further information by clicking here.

STANDARD LIFETIME ALLOWANCE
The Standard Lifetime Allowance has been cut from £1.25 million to £1 million.

INSURANCE PREMIUM TAX RISE
Insurance Premium Tax is due to rise by 0.5 percentage points to 10 per cent from the 1st October 2016. This could see Home Insurance bills rise as well as other insurances.
This rise will be the second tax increase in a year, the first was introduced on the 1st November 2015 which seen tax rise from 6% to 9.5%.
See if you can save money on your Buildings & Contents cover by clicking here.