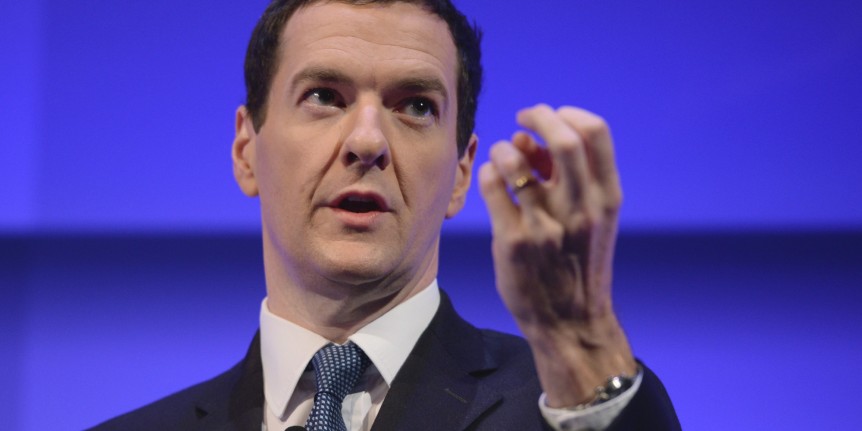 Chancellor George Osborne is facing increasing pressure to scrap the 25% tax-free lump sum people can take out of the pension pots ahead of next month’s Budget.

Currently people can access 25% of their pension pots tax-free in a single lump sum when they reach 55.

Think tank the Institute of Economic Affairs recently proposed the tax-free lump sum should be scrapped because it allowed people to ‘sidestep’ the tax system for a substantial part of their pension pot.

The pension expert who first recommended pension tax relief reforms which featured in last year’s Summer Budget has now added to calls for this policy to be scrapped.

Michael Johnson, who is a research fellow at the Centre for Policy Studies (CPS), proposed replacing all tax relief on pension contribution with an ISA-style system in 2012.

Last year Osborne cited the idea in his Summer Budget speech when he launched a consultation on changing tax relief on pension contributions.

Although Osborne has reportedly turned away from Johnson’s ISA idea, he is expected to announce widespread changes to the way pension contributions receive tax relief in his Budget next month.

In a CPS briefing note on the Budget, Johnson said the 25% tax-free lump sum available to pensioners when they retire should be scrapped.

‘The tax-free lump sum should be scrapped in respect of future contributions,’ he said.

Johnson predicted scrapping the tax-free lump sum would save the Treasury £4.5 billion per year, but this would rise as more people took advantage of pension freedoms and annuity rates continued to be low.

He said it ‘makes no sense’ for the Treasury to allow people to access 25% of their pension savings tax free because most pensioners end up falling in the basic-rate tax band. As a result, even those who received relief on contributions of up to 45% ended up paying an average of 15% tax on their total pension assets.

It echoes an idea first proposed by Johnson in his 2012 paper on reforming pension tax relief. In that paper he suggested replacing the tax-free lump sum with a 5% top-up of the pension pot just before someone bought an annuity

However, Johnson said Osborne would face a political challenge if he scrapped the policy at the Budget.

‘Politically it would be very difficult to scrap the tax-free lump sum retrospectively, such is the emotional attachment to it,’ he said.

In the briefing note Johnson said any form of tax relief on pension contributions was ‘incompatible’ with the pension freedoms introduced last April.

Osborne is expected to introduce a flat-rate tax relief on pension contributions during the Budget, but Johnson said this would encourage people to build a pension pot to live on in retirement.

‘Tax relief (flat-rate or otherwise) is wholly incompatible with pension freedom and choice,’ he said.

‘Since April 2015, there has been no obligation to annuitise a pension pot, shattering the historic unwritten contract between the Treasury and retirees that the latter, having received tax relief on their contributions, would subsequently secure a retirement income through annuitisation.’

Johnson instead continued to back the concept of a Lifetime ISA which he first proposed in 2014.

The proposal would offer an upfront tax incentive on savings of 50p per post-tax £1. People would be able to access their savings from the age of 60 onwards.