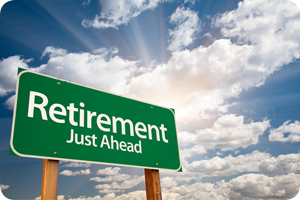 New research has suggested that 10 per cent more people are likely to seek a guaranteed income – such as an annuity – than they were in the immediate aftermath of the introduction of pension freedoms in April this year.

The latest index from financial forecasters eValue has revealed that 43 per cent are now exploring a guaranteed income post-retirement, compared to 33 per cent in April.

The preference for cash has remained exactly the same since the reforms were introduced, with 13 per cent favouring this option.

More than 12,000 individuals were surveyed, with the study finding that those with pension pots of over £150,000 are seeking guaranteed incomes more in October (21 per cent) than in July (17 per cent).

Three quarters of those with the most sizable pots favour flexible retirement solutions, compared with just two fifths of those with pensions savings of less than £50,000.

A reduced appetite for pure drawdown is unexpected just six months into the pension freedom legislation, according to eValue.

Despite sales of annuities to pensioners falling by almost 90 per cent since 6 April, the data indicates that millennials look set to change the pensions landscape by reverting back to guaranteed income in retirement.

The survey showed that 55 per cent of twentysomethings seek to understand just what might be provided for them in terms of a guaranteed pension income, compared to just 29 per cent of people in their sixties.

The at-retirement reforms have coincided with worldwide stock market volatility, in particular the FTSE 100 sliding around 10 per cent from the 6,833.5 level on 2 April before the start of pension freedoms.

Metlife estimated total losses for customers to the end of August were £160m.